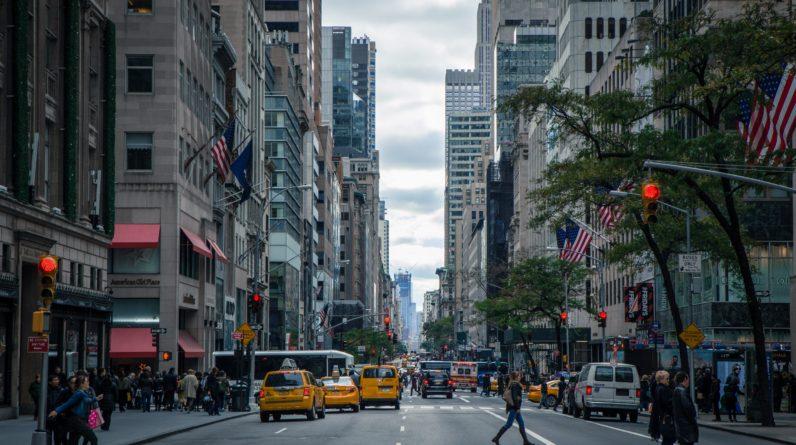 The traffic experts at INRIX report that British drivers spend 30 hours per year in traffic jams. For German drivers it’s 35 hours. In the USA, the San Francisco Municipal Transportation Agency says that 30 percent of the city’s traffic congestion is caused by drivers looking for a place to park. And the Texas Transportation Institute estimated the annual cost of traffic congestion in the United States alone adds up to $97.2 billion in wasted fuel and lost productivity. Much of this congestion could be addressed with Smart Internet of Things technologies that already exist.

Start with San Francisco’s parking problem. What if you placed a sensor in each parking space? The sensors wouldn’t need much power, as they’d only need to transmit when there was a change in a parking space’s status. Small lithium battery would do the job for many years before it needed to be replaces. The sensors wouldn’t require enormous bandwidth, either, so there would be no need for wired connections. You’d want “five nines” uptime, of course, and a network that was resilient enough to be reliable in unpredictable RF environments. This would be a perfect application for a low power IEEE 802.15.4e mesh network.

On a wireless mesh sensor network, each sensor node has routing capabilities, and data can find its way to the network gateway via any combination of network nodes. That means that the network gateway wouldn’t need to be within wireless range of all the parking space sensors. A node that was out of range would simply transmit its data to another node, and the process would be repeated until the data reached the network gateway. The gateway would report the data to a controlling computer, or to a cloud application on the Internet, and drivers could access that data in real time. Rather than seeking for empty parking spaces, drivers would know exactly where to go.

Mesh topology is one of the ways that wireless IEEE 802.15.4e networks can address radio interference. Individual nodes can be temporarily blocked without affecting the overall health of the network. But a wireless IEEE 802.15.4e network can also use channel hopping to seek out the best available connections and to avoid the channels that work poorly in the local RF environment.

The most useful network gateways can connect via either Ethernet or the cellular data networks. That makes it possible to place sensors and Internet gateways anywhere there’s cell phone service, even if wired Ethernet connections are not available.

In as adaptive traffic application, the same gateway that connected a sensor mesh network to the Internet connections for wired devices like traffic cameras, digital signage and traffic signals. The traffic management system would be able to alter traffic signal patterns, provide drivers with information and alerts, and manage traffic in real time. 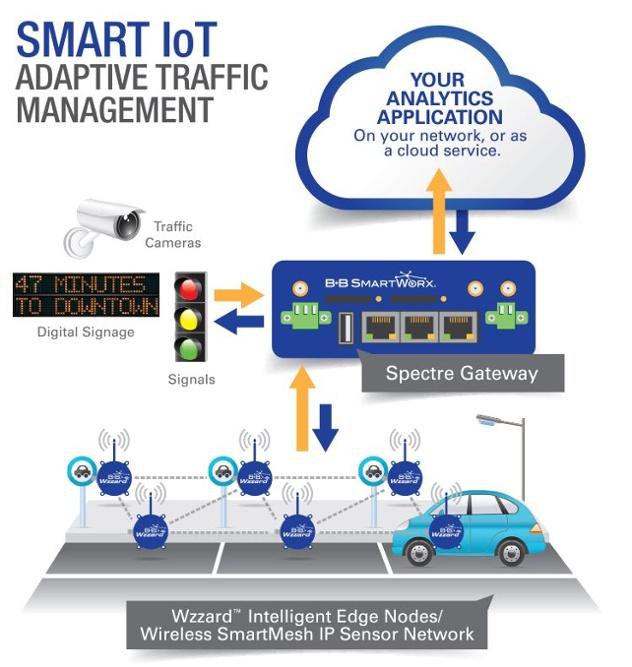